Panathinaikos B.C. for a tab on Facebook which would act as the front-end for an online contest. The entrants would have to be or become fans of the club’s page on Facebook and fill out their personal details.

The motivation behind the call for user interaction was eventually visual: we displayed an empty stadium where the people were gradually filling it up, depending on the amount of interaction the people had. Every time there was a new entrant on the contest, the number of entrants would obviously update, and so would do the visual reflecting the new data. 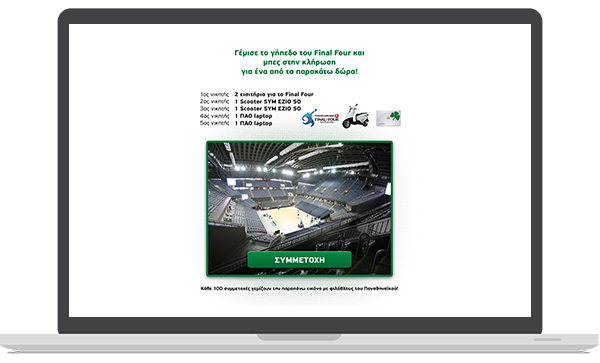