Neolaia.gr is the greatest youth news portal in Greece. Its topics cover studying in Greece and abroad, technological news, events and interviews, and others around interests of youth. It is a highly trusted website for a large number of students in Greece, ranking as one of the top news sites. Our partners in Hangover Media requested a complete redesign/improvement of the site, a friendlier and more intuitive user experience, while at the same time taking care not to confuse its loyal users.

The decision was made to start the development completely from scratch using nothing but browser-reset stylesheets. This allowed us to make a clear plan about what was going to be changed and how modularity would come in and help on producing the desired result. The design was not just a “colours-and-alignment” project but a complete user experience study.

The website was analysed and redesigned from scratch using only a small number of approximate areas of interests which would be UX-connected to the old layout. Other than that, the navigational and other main elements were repositioned and redefined; the categorisation was built on a hierarchy of four main parts which would be shown as the top and most important sections. 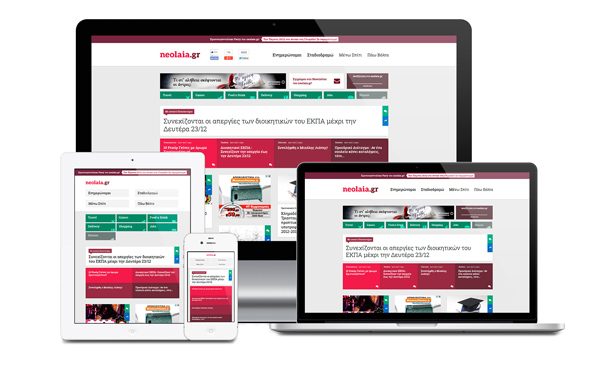 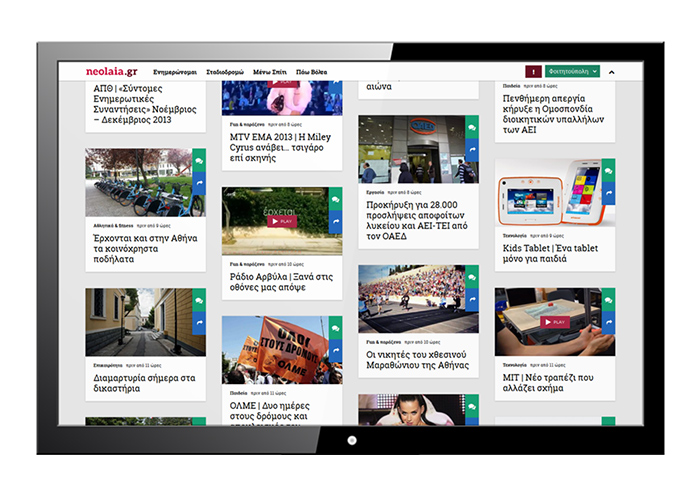 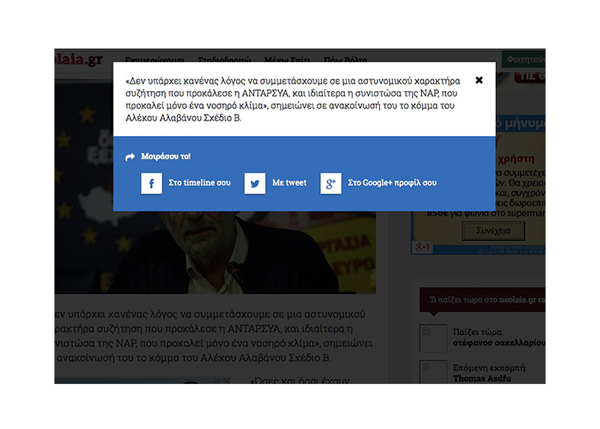 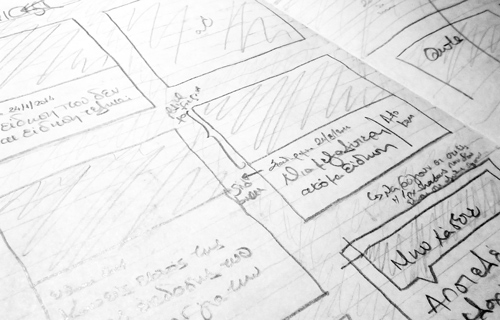 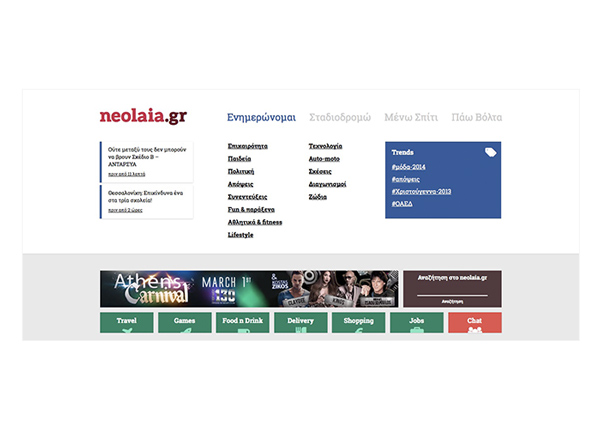 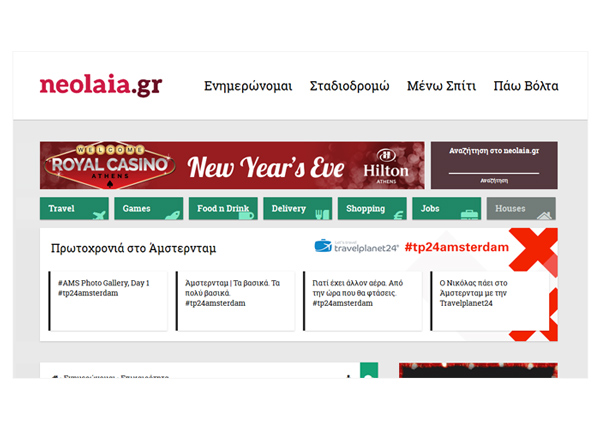 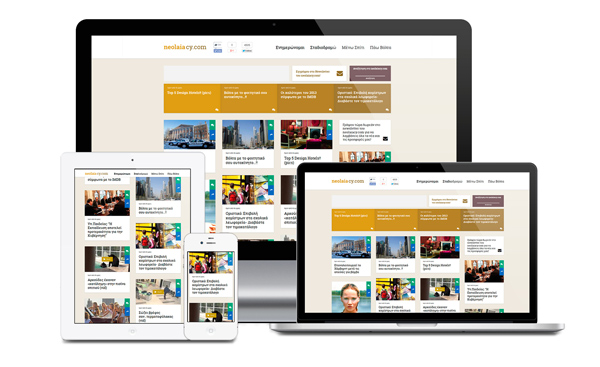 The big redesign included a needed digital identity design; the site was refreshed with a revamped logo and a new colour palette built with emphasis on colour psychology and typography. A complex but contextual hierarchy of articles was established in order to let the users create their paths depending on what they have searched or clicked on. Names and service titles were renamed in order to accommodate the friendlier branding of the new neolaia.gr.

Three different breakpoints were defined for different viewport widths; a responsive layout for smartphones, tablets, laptops and large high-resolution desktop screens was created. Mega/sticky header menus and footers were laid out to be used for navigation. A lot of elements are presented on scroll or contextually, such as smart sharing capabilities for texts and pictures, a “lazy” image loading mechanism for ultra fast category page loading, and many more.

The pages and categories have unique features and have been micro-branded as separate service pages, with teaser boxes, and sponsoring capabilities on each page to allow campaigns to dress up any desired website section.

To apply the design effectively, certain modules were specially developed for neolaia.gr, following best practices and the latest SEO guidelines by the most popular search engines. Our decisions were based on research which looked into statistical usage data, but also on primary information gathered by observing focus groups, many weeks of analysis and A/B testing, in order to create one of the most up-to-date news portals.

According to the first analytics reports after the launch, pages per visit almost doubled, while the site’s pageviews-per-day tripled. Equal improvement has been seen on the monetisation of the website sections, having invested on native advertising.

The website was rebuilt from its modules and now runs in Cyprus as well.