RWF has been an awarded weekly documentary TV show presented on national broadcast in Greece by journalist Stelios Kouloglou.

The old version was dated for many reasons, even concerning the navigation capabilities for its content, and it did not match the style of the TV show. Their team asked for a RWF-themed design and an implementation which would concentrate on the shows.

Design-wise, the main focus was given on the creation of a bolder and “grungier” look which would boost the show’s strong character, keeping the simplicity of the elements that present the content at the same time. Large video players were laid out with full-screen capability creating a television-like interface. Current and important content was also able to be promoted on the layout as featured content, to attract visitors to the “hottest” areas in the show’s website. 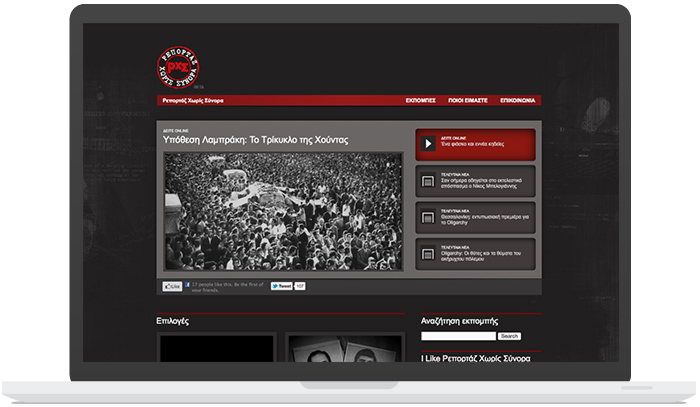 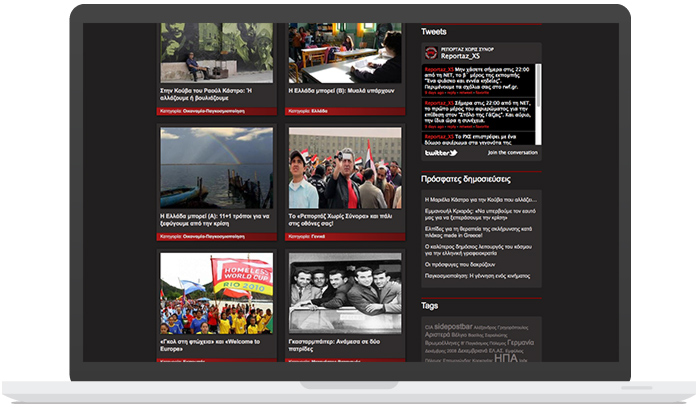 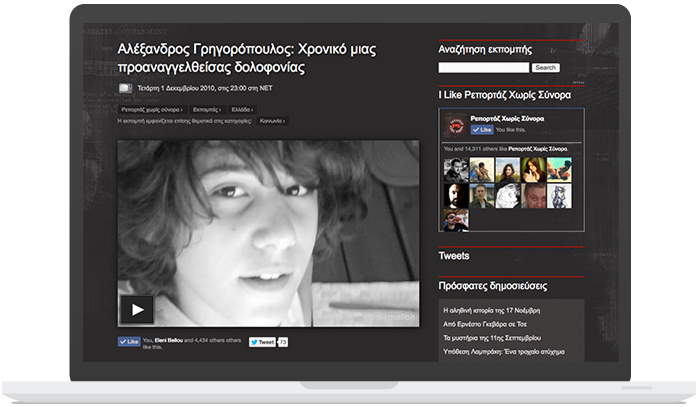 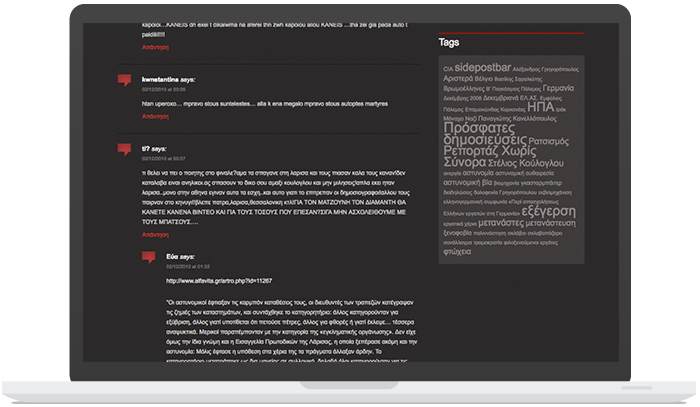 A lot of focus was also given on the relationship management between the shows and the organisation of the related material such as interviews, or articles of the same or similar topic.